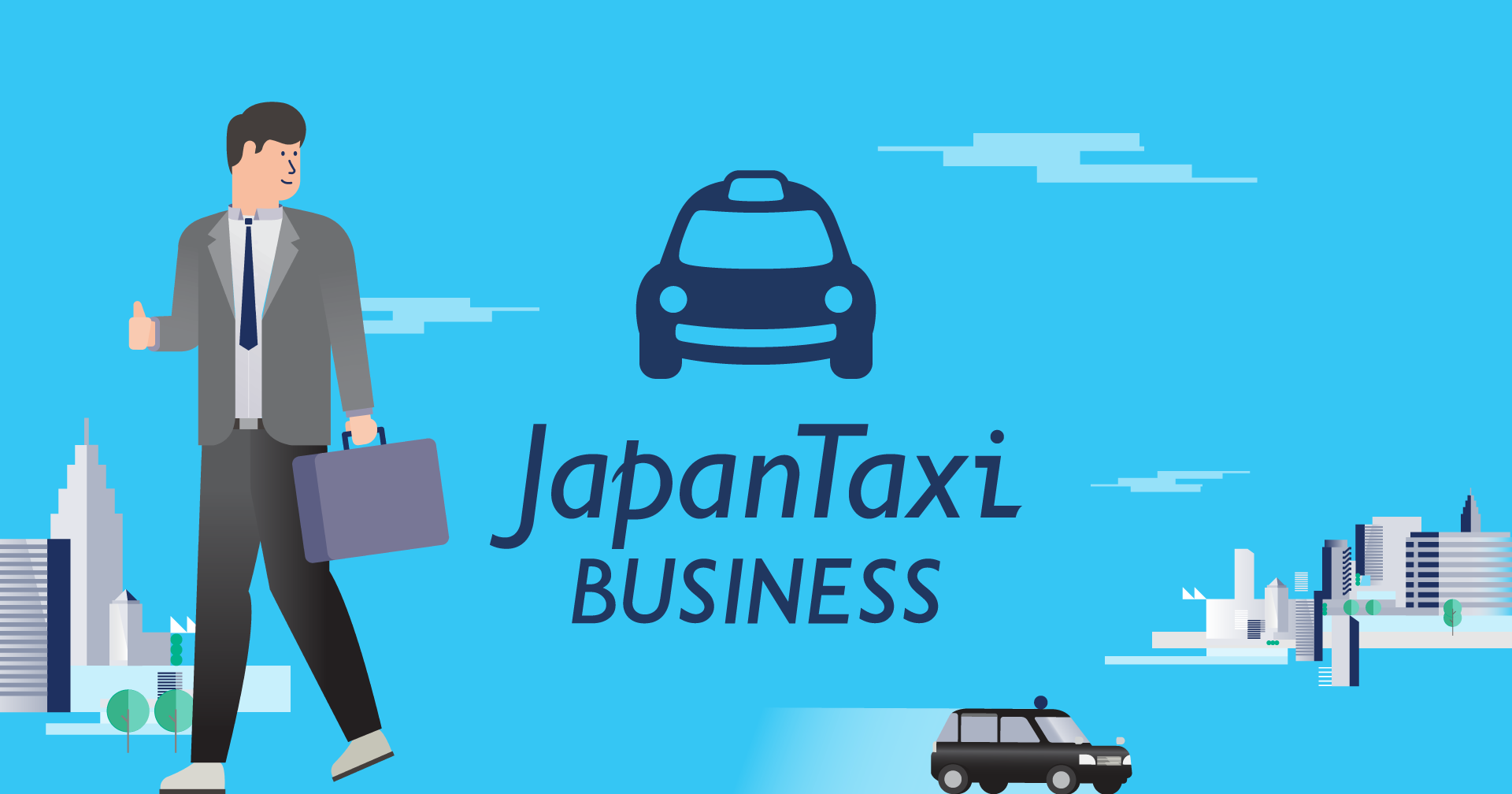 Workshop, storytelling, illustration and print design for JapanTaxi, an affiliate of Nihon Kotsu (日本交通株式会社), one of the largest taxi operators in Japan.

JapanTaxi – which develops the widely known taxi-hailing app with the same name – is servicing about 900 different taxi companies throughout Japan. Amongst them also the fleet of taxis of Nihon Kotsu (日本交通株式会社). In an effort to remedy many pain points of corporate users it is extending its offering with a dedicated service called JapanTaxi BUSINESS. This new service offers a streamlined interface for handling tasks such as:

JapanTaxi commissioned us with the story-telling of a compelling explainer to highlight the benefits of this new service. This explainer was wrapped into an illustrated story feature and pamphlet layout for potential customers. It was also extended to web use.

In a first step, a workshop and a kick-off meeting were conducted to find a general feel and gauge directions for story concepts. In the next step, we explored various illustration styles and color palettes and began to sketch the whole story feature. We were further involved with translation and Japanese copywriting.

The final story circles around the idea of what we called City Zoom, basically zooming into various locations across a city to understand the issues faced by different personas such as secretaries, managers, employees, admins, and accountants. The overall style was designed to be slightly business-like and corporate, yet fresh and modern. 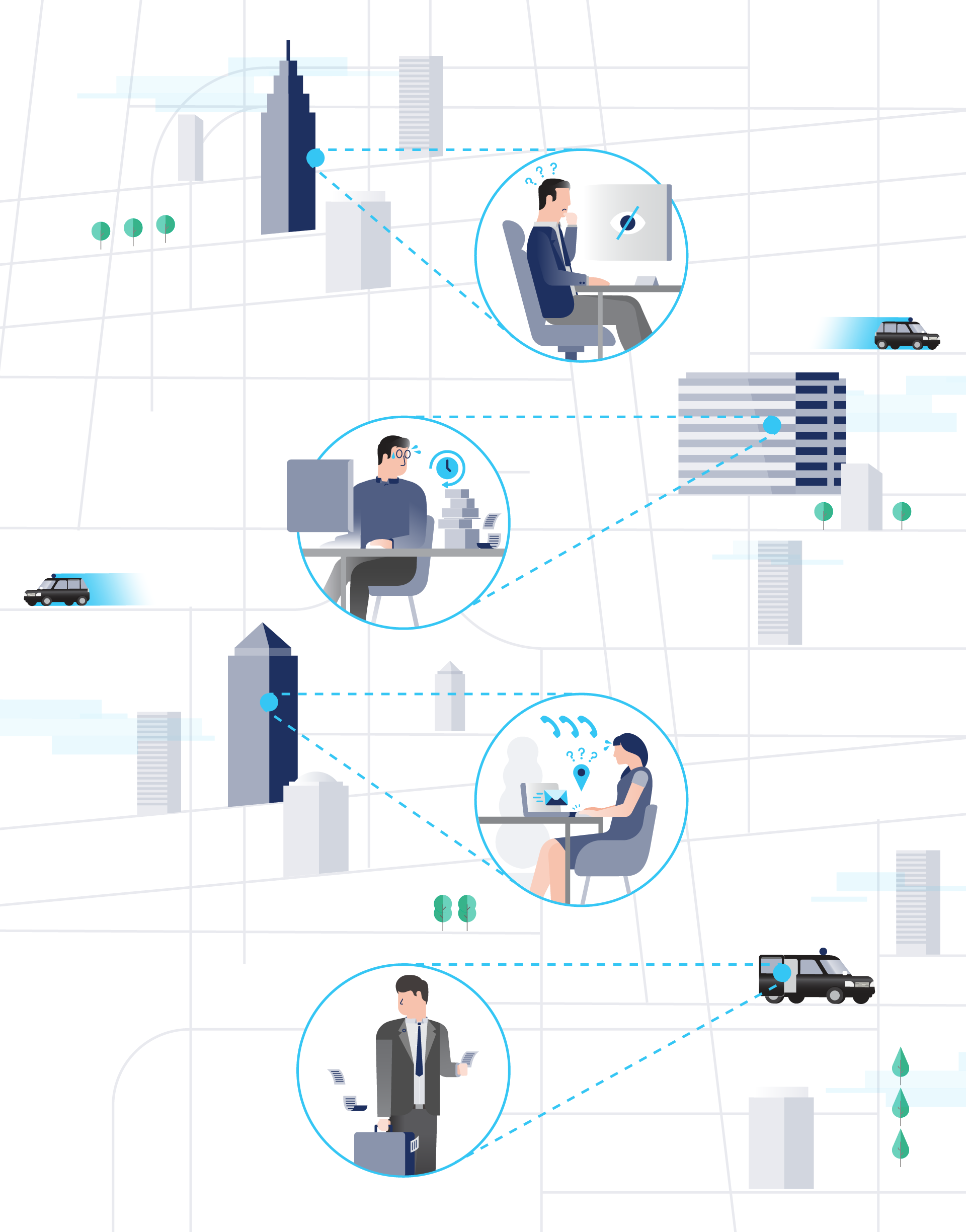 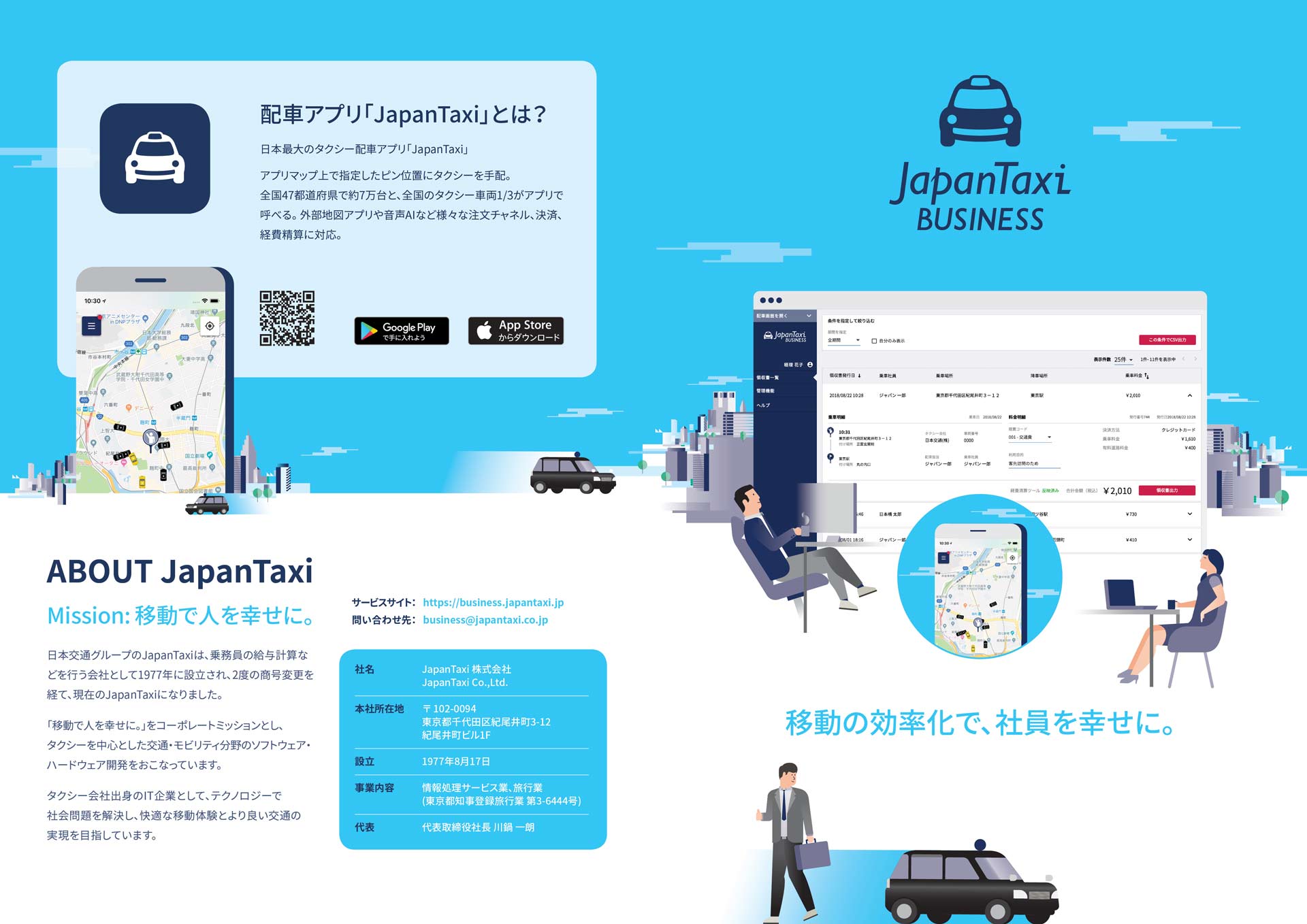 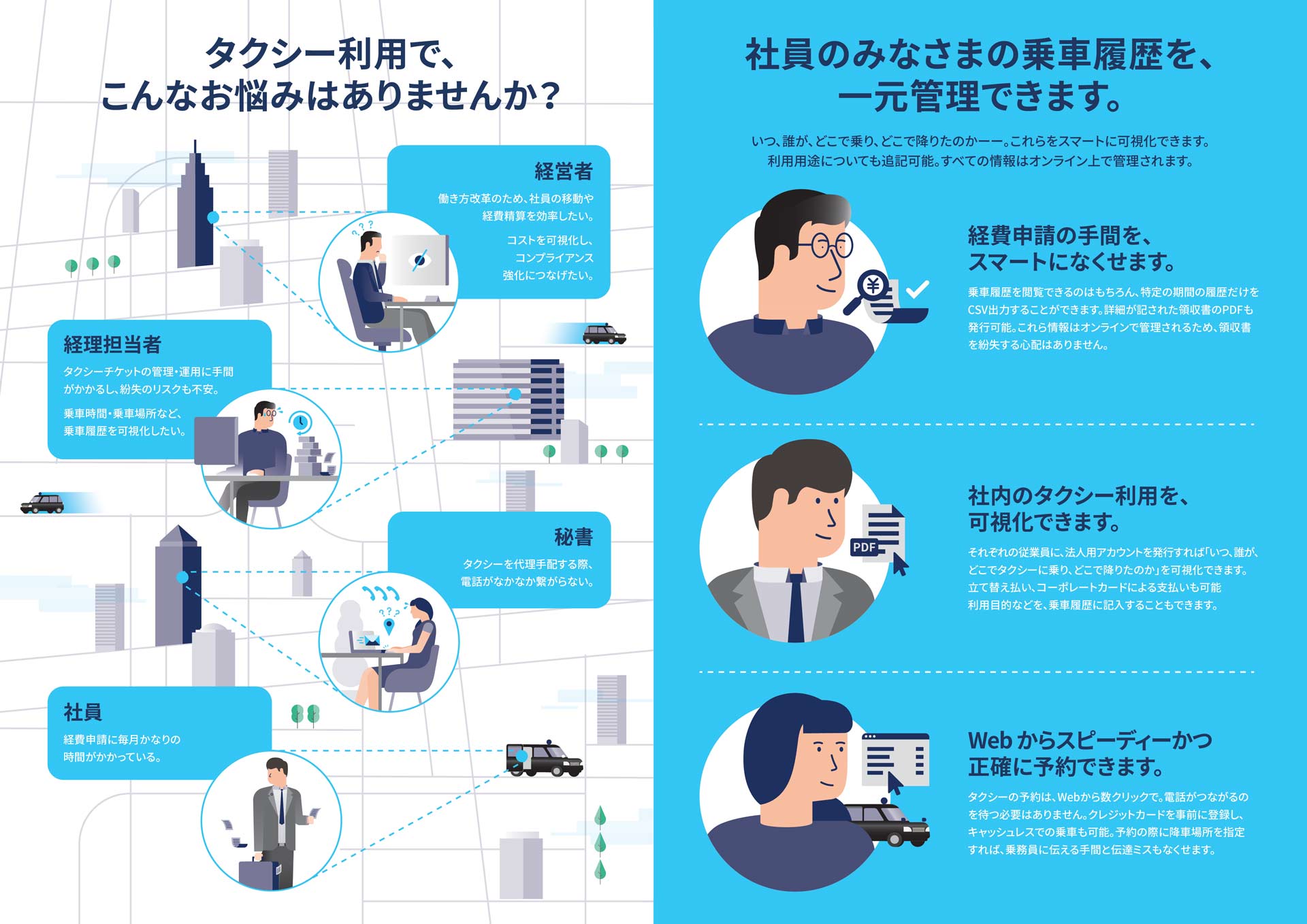 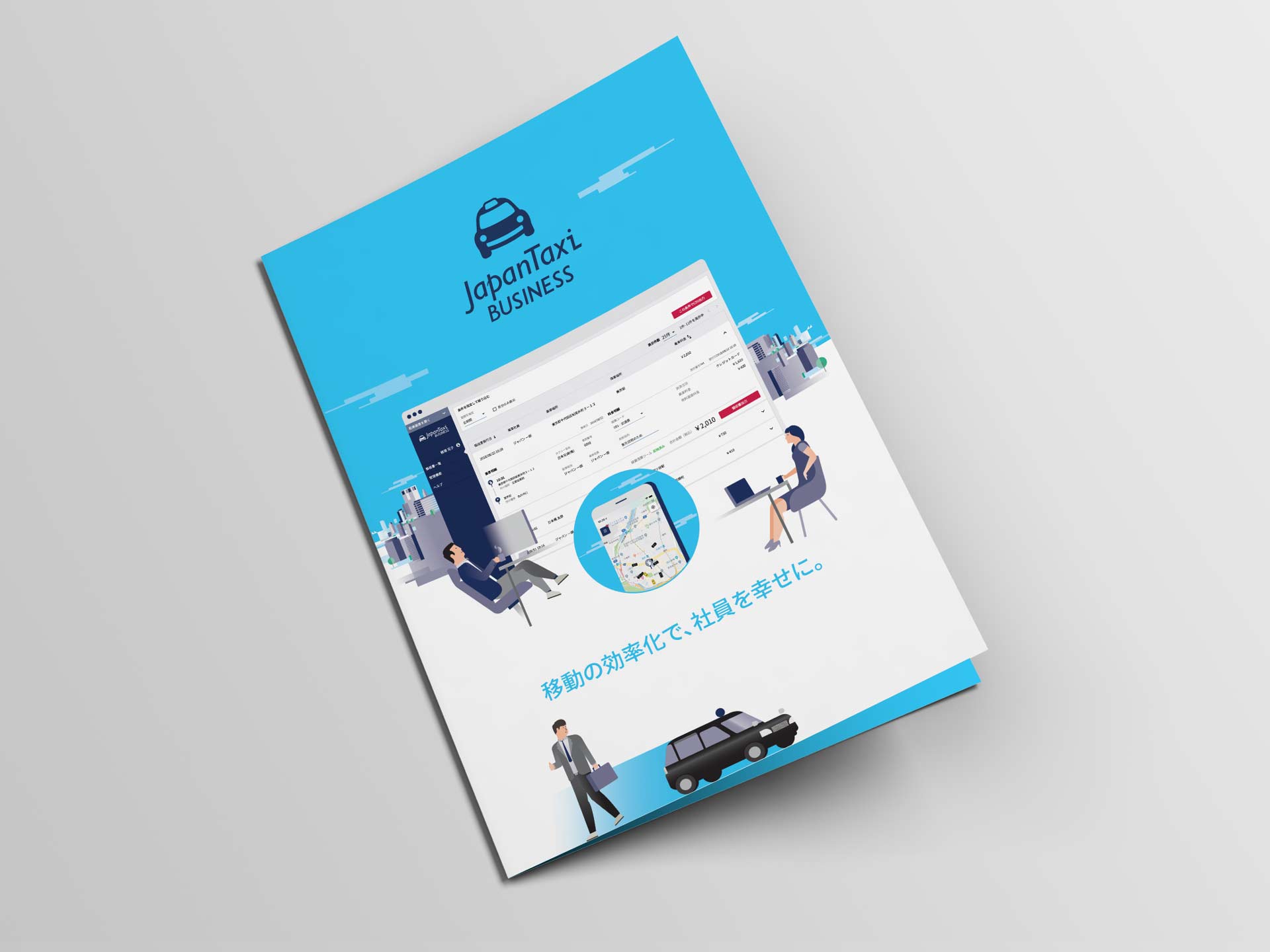 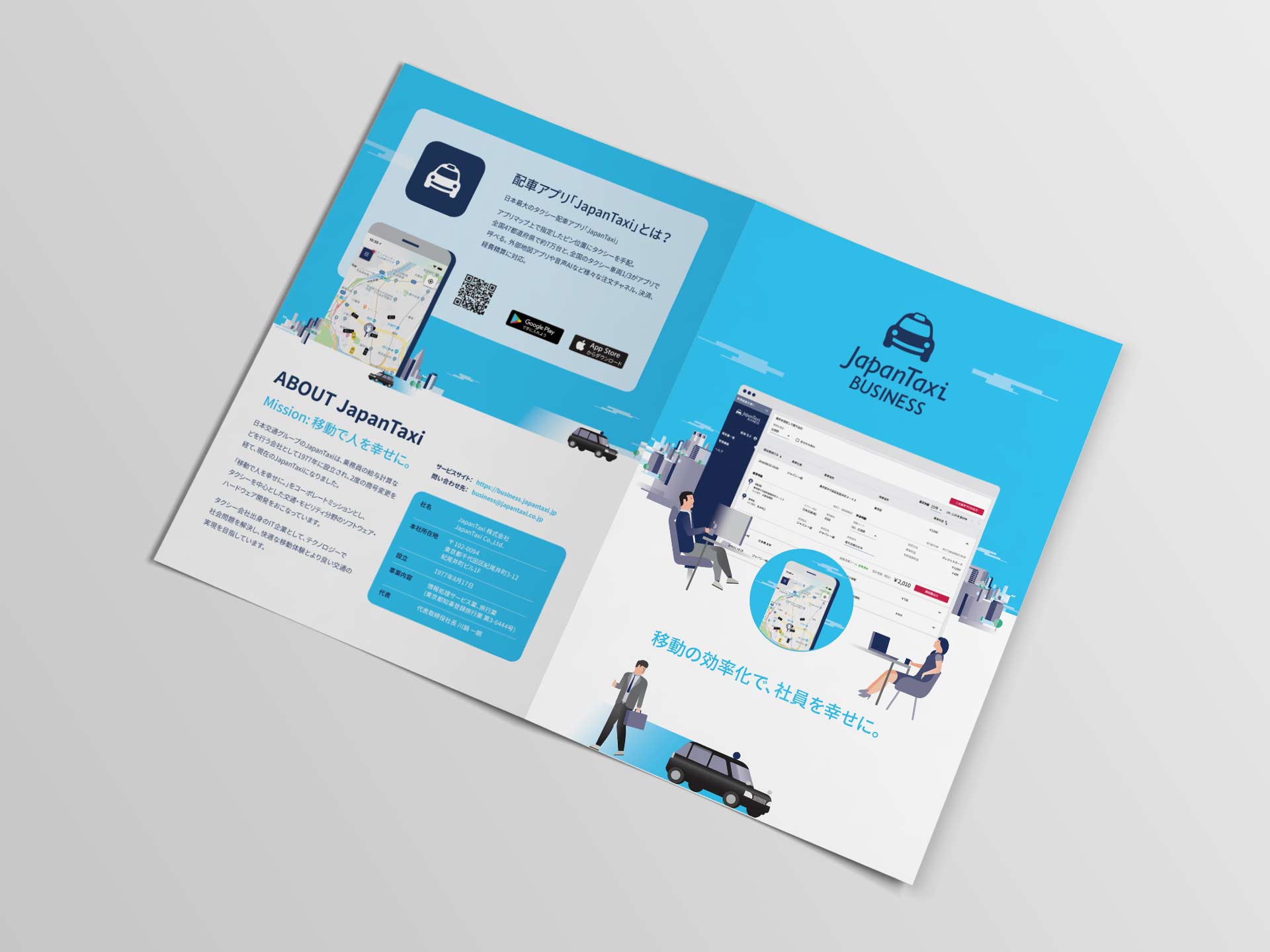 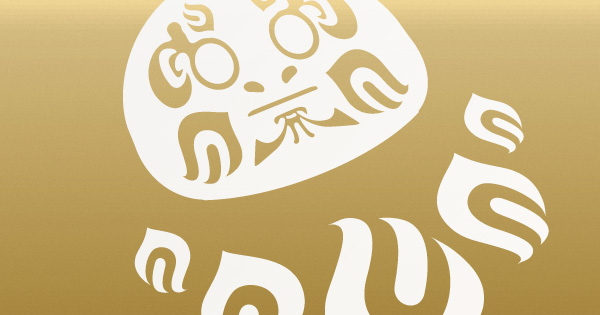 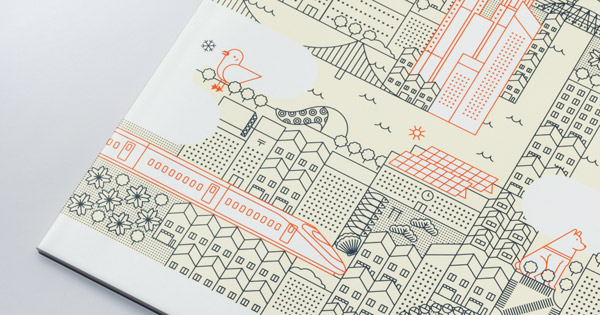 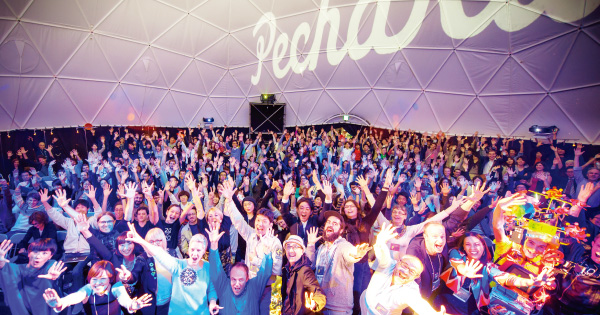